Now in its Third Printing

"I love California lore and your writing and the story selection hit all the right notes with me.  I laughed, I learned, they entertain, they linger!"

"[Gary] Noy curates his collection to great effect, offering readers a smattering of succinct and highly readable accounts of the mad strivers, the ostracized immigrants, the robber barons, the famous entertainers and other noteworthy individuals who lived in the skinny mountain range running down eastern California....Sierra Stories: Tales of Dreamers, Schemers, Bigots and Rogues delivers exactly what the title promises."

​It’s a fun read.  Each of the 32 stories is a couple of pages long so the book could keep you happy for an entire month at one story a night before bed…. an eclectic collection which will fill out your knowledge of Sierra history.-- “Heirloom”, the newsletter of the Donner Summit Historical Society 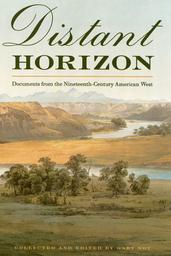 Published by the University of Nebraska Press

"This is history close up, bringing to life the men and women who built the West." -- Parade magazine

"This massive book is a gold mine ... documenting the lifestyle of the original settlers of the American West." -- Joyce Sparrow, Library Journal 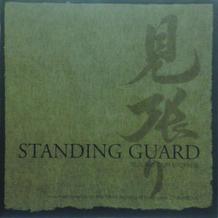 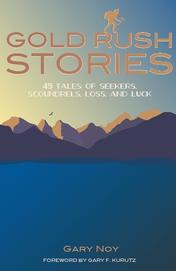 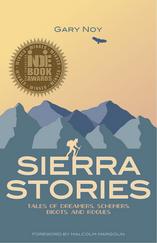 by the Standing Guard Publication Group

Gary Noy, one of the editors 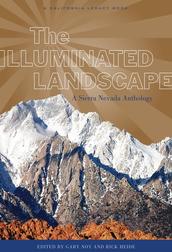 ​What a remarkable collection! An original and lively look at all the usual suspects, plus bears, weather, women, Joaquín, disappointment and dissipation, a veritable glory hole of highly polished nuggets from life on the frontier. Exhaustively researched and highly entertaining. -- JoAnn Levy, author of They Saw the Elephant: Women in the California Gold Rush and Unsettling the West: Eliza Farnham and Georgiana Bruce Kirby in Frontier California

This fascinating book offers readers something new. Gary Noy brings together, appropriately enough, 49 tales drawn from familiar and unfamiliar sources, each rich with something compelling and memorable.... A satisfying representation of California's Gold Rush, complex, unruly, appalling, uplifting, and, as we come to understand, ultimately never quite what we thought it was. --Terry Beers, Professor of English and American Literature, Santa Clara University and author of Califlora: A Literary Field Guide

Gary Noy’s collection of stand-alone, stand-out non-fiction stories of the Gold Rush underscores once again the continuing role of this epoch as a catalyst for good writing.  Again and again, we Californians return to this era to re-discover the breeder-reactor of literary energy set in motion by the first decade of American California. Noy has the ability to make old stories seem new and new stories seem like they have always been part of the Gold Rush canon. -- Kevin Starr, Professor of History at the University of Southern California; California State Librarian emeritus; and author of the multi-volume Americans and the California Dream.

​Seamlessly fuses academic rigor, original reporting and emotional intensity into one meditation on an era.…If the task of the historian is to be faithful to lost truths, then Noy’s latest exploration succeeds on every level, and does so in a way that will keep readers wanting to dig deeper into the past.—Scott Thomas Anderson, Sierra Lodestar Magazine

Sierra Stories is the 2016 winner of the Gold Medal for Best Regional Nonfiction from the Next Generation Indie Book Awards. 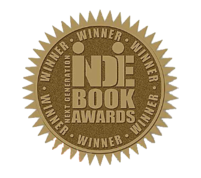 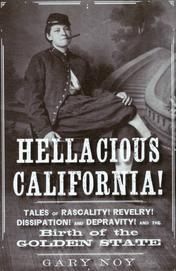 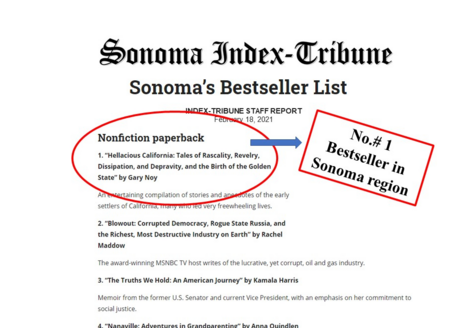 This is a remarkable anthology, taking the reader chronologically from the dawn of time to environmental issues of today.  This book belongs on every bookshelf of the best-of-the-best of Californiana. --

"This is a book as classic as Yosemite itself -- it's sure to become a standard resource." -- Steve Heilig, San Francisco Chronicle

The Illuminated Landscape provides us an important opportunity to take the time to reflect on this magnificent place and why it matters to Sierra Nevadans and all Californians -- this range is very special and we dare not fail to act to protect and sustain into the future. Enjoy. -- Jim Branham, CEO, Sierra Nevada Conservancy

This anthology looms large on the horizon for those who want to learn about, enjoy and experience the Sierra Nevada.  A truly terrific collection. -- David Guy, CEO, Yosemite Association

and the Birth of the Golden State

Whether you are already well acquainted with California’s colorful nineteenth-century history or newly interested in the topic, this is the book for you.  Gary Noy’s Hellacious California! confidently carries the reader into the everyday lives of early Californians from a variety of walks of life—women and men, native peoples, Mexican Californios, Chinese immigrants, American forty-niners, free and enslaved blacks, and immigrants from around the globe.  The focus on Californians’ popular pastimes and everyday activities, with an eye on vice, decadence, and scandal, makes this book a rowdy tour.

Some of the stories will make you laugh aloud; others will make you cringe.  But gathered together here, they offer glimpses of the past that remind us what it meant—and means—to be human.  California’s men and women, then as now, worked to earn a living, but they also found time together to eat, cheat, drink, play, gamble, dance, race, smoke, ride, trick, fight, lie, and fornicate, among other things.  You would be hard pressed to find a better tour guide to the people and places and passions of “Old California” than Gary Noy, an accomplished scholar and teacher with decades of experience unearthing California’s lively past.  Any person interested in good stories well told will not be disappointed --  Dr. Patrick Ettinger, Professor of History, California State University, Sacramento; Former Director of CSUS Public History Program and the Capital Campus Oral History Program

Premier historian Gary Noy has created the finest and most entertaining compilation ever of stories documenting “the best bad things” of nineteenth century California. It is a kaleidoscopic portrait of the Golden State through its vices ranging from gambling saloons, to boxing rings, to houses of ill-repute and to such nefarious personalities as the “Confidence Queen,” better known as “Big Bertha.” At the same time, he brings out the positive with California’s development of vineyards and breweries and its love affair with fine dining and sports. Never before has this been so well told and supported by such a vast array of primary sources drawn from contemporary diaries, letters, newspapers, and magazines. -- Gary F. Kurutz, Director emeritus, California History Room and Special Collections, California State Library, Sacramento

One of the best reads about the state I love! History penned with a sense of humor, insight, and compassion - Gary’s fascinating vignettes of California’s early years of expansion, exploitation, and unbridled human nature reveal the vibrant complexity of forces at work that established the Golden State as a force to be reckoned with as it hurtled its way toward the 20th century. -- Beverly Lewis, Director, Placer-Lake Tahoe Film Office; Past President of FLICS (Film Liaisons in California Statewide), the professional association of California State Film Commissions

Painstakingly researched and full of quips and tales as told in the late 1800s, Noy provides a real taste of California life during the Gold Rush. For those enamored with the history of the West, it is a must-read. -- Pamela Biery on Goodreads

Whatever California was before the Gold Rush, the glitter boom of 1849 created a land of perpetual contradictions, confrontations and painful self-discovery. For author and historian Gary Noy, that rocky road into modernity still has nuggets of wisdom waiting to be unearthed…. “Hellacious California!” doesn’t disappoint on that front. A thick tome of intriguing tales, it features in-depth chapters on gambling, drinking, fighting, conning, dueling, gluttony and prostitution.-- Scott Thomas Anderson, Sacramento News and Review

[Gary's] choice of "Hellacious" in the title was perfect, a word with more than one meaning, conveying something at once astonishing, disconcerting, and appalling.  Even when he's hilariously describing numerous questionable undertakings, there is always an uncomfortable edge....You cannot read through to Noy's last page without resetting what it means to be from California.  He believes that the gold rush never ended, and that anytime you look a little deeper into those early years, you find the beginning of a continuum that animates California to this day. -- Terry McDonell, Journal of Alta California

​There are many reasons to applaud this book. It is blunt, revealing the good and the bad of Old California. And it is well written and entertaining, - Helen Cabrera, Los Angeles Review of Books

It’s a fun book. The title is irresistible…It sounds like a collection of fun stories but it’s not. It’s really more a social history of some of the more colorful elements of 19th Century California rather than a few discreet stories…. The end of the book has an extensive bibliography so you can go off exploring California social history more in depth. In that regard it’s clear Noy did an amazing amount of reading gathering his stories.  -- “Heirloom”, the newsletter of the Donner Summit Historical Society

​​If you like history that is both authentic and entertaining, this is your book. -- Nancy Leek on her blog goldfields: Life and History in Northern California